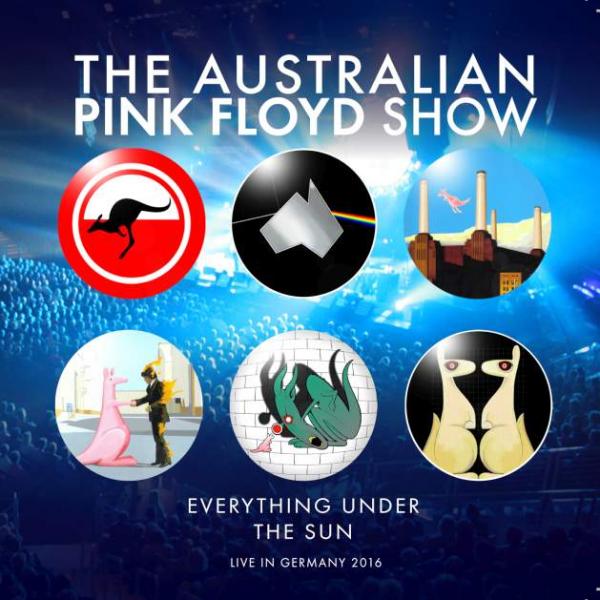 Everything Under The Sun (Live In Germany 2016)

"On this concert film we have tried to cover a good selection from Pink Floyd's oeuvre, performed with our newly redesigned light show. However there's so much that Pink Floyd wrote and many of their songs are simply so long that we can only present a selection of their total output. We hope that our choice includes much of their very best work. Thinking of ways to present the music the show has evolved over the years - from the choice and creation of visual projections, sometimes touching on more up to date political events which we believed to be in keeping with some of the Pink Floyd themes found in their work to the complex task of creating a special effects light and laser show working with some very talented and able individuals in the field who have contributed their skills and ideas to develop the show.


The concert was filmed progressively over our entire 'Best of the Best' tour in the spring of 2016 in Germany but the bulk of the material was filmed in the last week of the tour, playing in many great venues including the famous Festhalle in Frankfurt, a venue that Pink Floyd themselves performed 'Animals'. Keen eyed viewers may detect slight differences in the various takes but overall a cinematic approach was taken to produce a film of a concert which we hope will give much enjoyment to the viewer and listener, a show that is the culmination of nearly 30 years of continuous touring on the road."